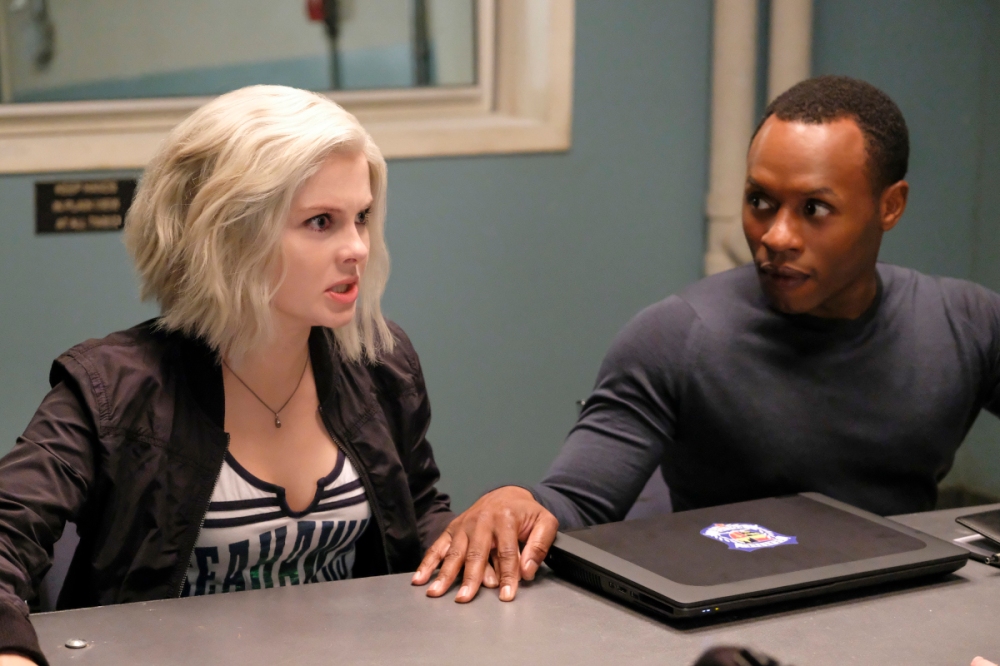 Hell yes, I’m ready for some zombies! Except, not during your regular scheduled timeline because I’m busy. Here’s my belated review of iZombie’s season premiere, “Are You Ready for Some Zombies?”

The last time we saw Seattle zombies were everywhere and Filmore Graves was working to contain it and create a new zombie city. In this first episode back we see that the company has succeeded, somewhat.

Overall I thought this episode was a yawn. I didn’t find Liv as a hardcore football fan interesting at all. Maybe there are plenty of iZombie fans who also enjoy football, but I got lost in all of the trivia mentioned throughout. I’ll admit, it was funny to see her bad mouth zombies when she is one, but that was the extent of my enjoyment.

Major has a new pursuit this season, and while I can see the challenges he will face, I don’t know if I have any investment in it. Major was a former youth counselor but Graves just wants to use the kids as soldiers. I’m sure Major will struggle to choose between the kids and the company he works for. I hope they take this storyline somewhere unique, because at this moment I don’t have any interest in it.

The most interesting part of this episode for me was Ravi! But who doesn’t love him? I like that the show jumped in several rounds into the zombie cure experiments. I love that we get a sort of temporary zombie-Ravi. It’s the best of both worlds, because I can’t imagine a full on zombie-Ravi.

Blaine’s father killed a priest and yes, that means he’s pursuing a Christ-like role this season. A lot of this season feels derivative, with the secret police and the non-traditional leaders. Honestly, this episode was fairly disjointed and lacked the punch I expected for the first episode of season four.

I was also confused about where the wall was in Seattle and how Clive and Liv went from one side of the city to the other. Am I missing something? I think we could all benefit from seeing that process represented on screen. The zombie mayor/governor was in the non quarantined zone, and humans were in the zone.

When the episode ended I thought, “Oh good, it’s over!” Come on, iZombie, you can do so much better than this! Let’s get it right this Monday!