In an effort to try watching as many highly rated or popular movies I could that came out in the 2017/2018 season, I sat down to watch Netflix’s Godzilla: Planet of the Monsters.

Can I have the last 89 minutes of my life back?

Considering that the movie came out on Netflix on January 17, 2017 in the United States, the number of reviews are limited. What reviews do exist seem to give the movie an average of 6.5-7/10, praising the movie for its Easter eggs and updated animation style.

As someone who has never seen any previous iteration of Godzilla and generally dislikes exclusively CG animated movies, I understand very few if any of the Easter eggs and absolutely hated the animation style except for a couple of cool looking shots of Godzilla and some of the other kaiju.

Where do I even begin with this movie’s level of suck?

While I enjoyed the fact that the main character, Sakaki Haruo, was named after Godzilla’s original real-life actor, Nakajima Haruo, I abhorred everything else about the character. Haruo, who is a respected 27-year old military officer with a vague hatred of Godzilla, spends the entirety of the movie acting more like impulsive, 15-year old Eren from Attack on Titan, who actually has a valid excuse for hating the Titans. 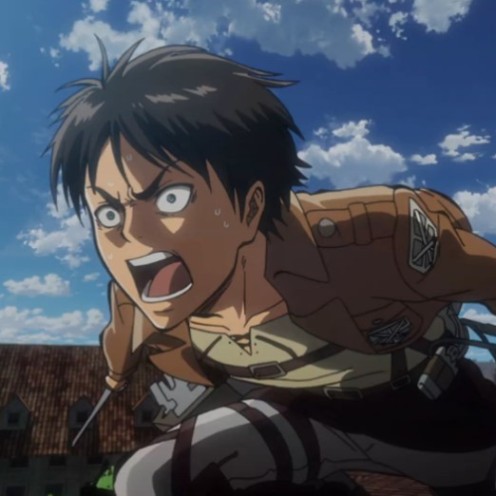 The other characters are boring, forgettable, and largely ineffectual. Without the internet, I can’t actually remember a single one of the other side characters’ names.

There is an obligatory female character and a professor who are each implied to have some kind of relation to Haruo but said is history is never explored.

The whole sci-fi, apocalyptic, futuristic world was pulled off in a relatively effective way with nearly all the characters’ space suits looking raggedy and beat-up, and the general look and tone while onboard the ship feeling bleak and hopeless. I was hoping that when the crew landed on Earth for the first time in 20,000 Earth years (20 years for the characters while in space), there would be an aspect of hope and brightness.

The first full shot of Earth, while well animated, is colorless, depressing, and overall lackluster. Giving the characters a glimmer of hope would have increased the stakes of the battle against Godzilla tenfold and given the viewer a reason to root for the main characters to win.

At various points in the movie, when it looks like key characters were going to be killed, I found myself waiting with baited breath hoping that they would be killed. The character interactions were flat and stale, the pacing was abysmally slow, and its “villains” had less life in them than an old Japanese man in a Godzilla suit destroying Tokyo.

Compare Godzilla’s kaiju to another post-apocalyptic movie with kaiju, Pacific Rim, and there is no comparison. In Pacific Rim, each of the kaiju brought high stakes tension to the scenes. Key characters were severely injured if not killed outright, and the kaiju presented legitimate threats and gave the characters reasons to fight even harder.

In Godzilla, even the other kaiju felt boring and unimportant. They just sort of felt… there. The outcome of the entire movie wouldn’t have changed in the slightest if the flying kaiju were omitted.

Photo credit to Den of Geek

Godzilla’s main “villain” is its titular character, and the main characters don’t encounter it until 55 minutes into the movie. For reference, this movie is 89 minutes long.

The only thing I enjoyed was Godzilla still reining supreme even after 20,000 years, and all the effort, planning, and lives lost still meant nothing in the face of the raw, awesome power we’ve come to expect from the King of Monsters itself.

There is a post-credits scene, which implies a part 2 to this movie, and I had hoped for the sake of good cinema that there wasn’t. Unfortunately, considering Godzilla: Planet of the Monsters was released on Netflix, the chances of creators making a part 2 or 3 seems high.

Good God, this movie was bad.

I’m convinced that the reason this movie hasn’t immediately received a 1/10 on all fronts is for nostalgia factor. Yeah, the movie looks cool at times, and the idea, while not inventive, was kind of exciting.

Unfortunately, it failed in just about every other aspect.

As the weeks roll on, and more people find the time to sit down and watch this movie, I expect the rating will drop dramatically. I would encourage people to watch this movie if only to have them experience what could be among the worst things I’ve ever fed into my brain, but I don’t think it’s even worth a pity-watch.