In a last minute decision to see Star Wars: The Last Jedi on opening night, I dawned my sequin Darth Vader shirt, stuffed my pockets with peanut M&Ms, and bought my $15 dollar ticket to relax in a large Lazy Boy in a tiny theater in Philadelphia.

Anyone who knows me can tell you that I am not so secretly obsessed with all things science-fiction. If it takes place in space, I’ve probably seen it and have a very strong opinion about it.

As such, alongside my canonical expectations for The Last Jedi, I had plenty of fan theories that were just waiting to be proven right (or wrong). 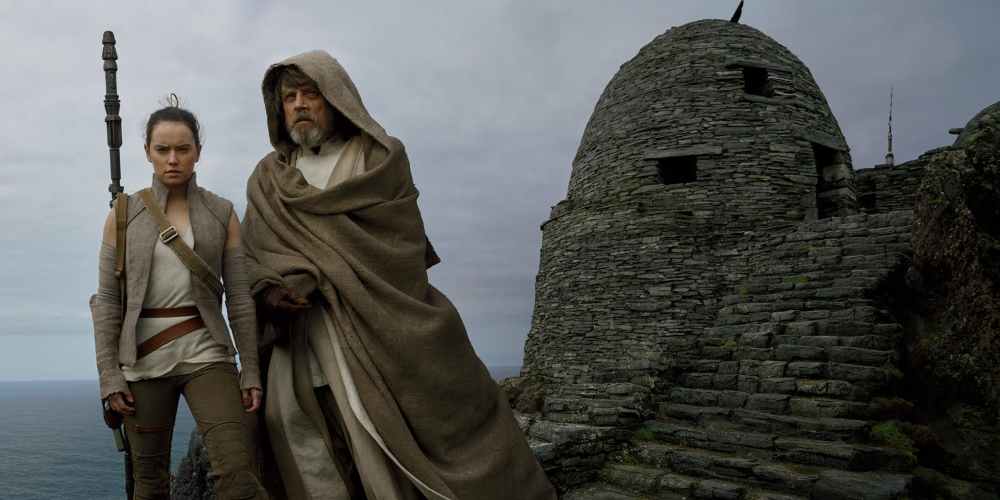 The opening scene for the movie was hilarious, hair-raising, and emotional devastating all at once. I sat on the edge of my seat as Rey finally met Luke. I cheered along as Finn and Rose busted up a First Order casino. My heart broke when Kylo Ren constantly struggled with killing Han Solo. I clapped when Yoda’s Force ghost made an appearance. I watched in awe as Kylo and Rey fought along side each other against the red guard. I smiled when Poe laughed and hugged BB-8 before the final battle. I anxiously bit my nails when Kylo and Luke faced each other in light saber battle. And I was contented when Luke faded like his master before him.

At the end of the movie, I clapped along with the audience as the credits rolled. I even stayed around after everyone left to see the dedication for Carrie Fisher.

And, as I drove away from the theater, ready to go home and write this review, I noticed something that had been bothering me the whole film… The unnecessary suspense built by fake deaths.

Too often in The Last Jedi I thought a character was genuinely dead only to learn that something happened off screen, that the character had survived.

Now, I expect modern movies to use these “fake-outs” as a plot device to build suspense. Just like any romance, you have the will they or won’t they moments of the movie. The same is true for action movies. To keep audiences on the edge of their seat, directors will throw in a fake death here or there to kept the audience guessing. For example, Superman (Superman Returns), Holmes (Sherlock Holmes: A Game of Shadows), Loki (Thor: The Dark World), Gordon (The Dark Night), and Nick Fury (Captain America: The Winter Soldier). Just to name a few.

The thing about those movies though, is that they had one big fake-out. The Last Jedi was riddled with so many fake deaths that I could hardly keep count. I was constantly on the edge of my seat, thinking that my favorite characters were being killed off, only to be relieved when they reappeared a few minutes or, in some cases, a few seconds later.

Now, I was expecting this for Leia, after all Carrie Fisher passed away just after they finished filming. It would make sense if the franchise heroically killed off Leia to give Fisher’s most famous character a great send off. But they didn’t (much to my relief). Instead I was subjected to numerous fake-outs at every turn, making me doubt every supposed injury and death that occurred on screen.

Don’t believe me? Here’s the count for the number of times someone “died”/almost died on screen:

Now I’m sure I’m missing some fake-outs from more minor characters or even forgetting one or two from the major characters. But either way, this is ridiculous.

Don’t get me wrong, I loved the movie overall. The plot was well delivered, the dialogue on-point, the cinematography was amazing, and the parallels/shoutouts to the original three Star Wars movies definitely pleased my inner nerd… But the constant, unnecessary suspense built by the character’s “deaths” really made the film less enjoyable. So much so that I decided to write a whole review about it.

Now, I’m not saying that you should’t see The Last Jedi. You absolutely should! But for me, I can only give it 4/5 stars simply because the quality of the film suffered because of this “fake-out” plot device.

Now, I will definitely be seeing Star Wars: The Last Jedi at least one more time in theaters. Hopefully my second viewing will give me more of an appreciation for the use of fake-outs.

For those who are reading this and haven’t seen the movie yet, count all the fake deaths on screen and get back to me about how many you spotted.