Despite the number of Christmas-themed episodes in anime, Christmas in Japan is not as religious as in America. According to ReligionFacts, Christianity makes up a mere 2% of Japan’s overall religions with Shinto and Buddhism as the Rising Sun’s two main religions.

Lacking the religious component, Christmas in Japan is more of a day for friends and couples than family. Looking back on various anime, how many of them had churches or God as a focal point during their Christmas episodes? Go ahead, I’ll wait.

Out of all the anime I’ve ever seen, only a handful of them even had Christmas-themed episodes. From that handful, only one even mentioned Christmas’ religious origins.

The dichotomy between the reality of the Christmas season in America and how it’s portrayed in anime is jarring.

For the weeks, and sometimes months, leading up to Christmas, America whips itself into something of a frenzy to prepare for Christmas whether it is through the fanatic gift-buying or amped up religious imagery. There are hundreds of American Christmas movies: Elf, Home Alone, Love Actually, The Muppets Christmas Carol, and many more.

Compare that to a quick Google search of the number of Christmas-themed anime movies–two.

In anime, Christmas feels less like the Christmas Westerners have come to know over the years and more like a setting. Often times, Christmas day itself has fairly little impact on the characters’ lives (except in the case of anime specials), and events progress as they normally would, albeit with a festive, snow-covered undertone.

In anime, the New Year (正月 Shōgatsu) is more of a festivity than Christmas and seems as though more anime dedicates episodes to New Year’s than Christmas.

Much in the same way that Christmas in Western countries has a religious undertone for most people, the New Year is heavily influenced by Japan’s predominant Buddhist religion.

From a magical-girl anime like Cardcaptor Sakura to a romance like Kimi ni Todoke to a fantasy-comedy like Fruits Basket to a straight-up comedy like Gugure Kokkuri-san, New Years has a deeper, more intimate meaning than the frivolity of Christmas. 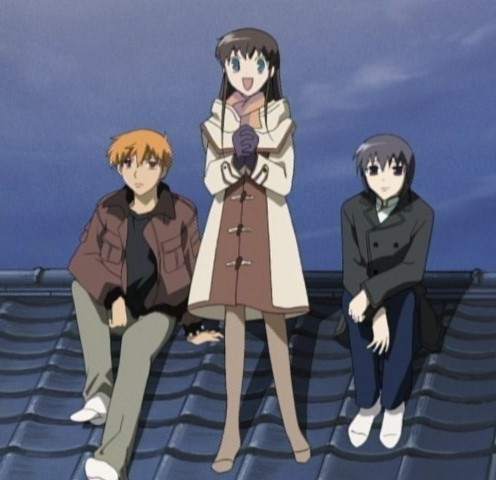 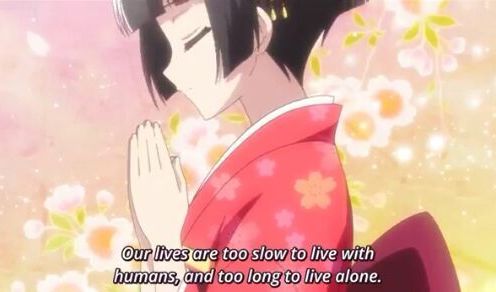 Even Kimi ni Todoke, though its focus is romance, makes it a point to outline the importance of the New Year in Japan.

Although Sawako is approaching the shrine with her love interest, Kazehaya, she is still thinking of how grateful she is to her friends and the important people in her life. This is a fact that many anime touch on, and the belief that as the year ends, one should be reminiscent of the past and look to the future with hope.

Regardless of whether you love the holiday season or loathe it, anime provides a highly entertaining perspective on some of our most beloved days of the year.

With that being said, good luck with the rest of the year, and Happy Holidays!