If you’re someone who believes comic books, especially from top publishers, have to be about superheroes, Shade the Changing Girl was designed to prove you wrong. The book picks up the mantle of Steve Ditko’s Rac Shade and passes the torch to Loma, an Earth obsessed alien looking to walk in the footsteps of her deceased favorite poet, Shade. Loma steals his Madness Vest and heads to Earth in hopes of connecting with the earthling race she’s heard so much about. Loma needs a human form to possess and finds a seemingly perfect candidate in a nearly dead teenager named Megan Boyer. Unfortunately for Loma, and Megan’s former friends and family, Megan is not completely gone. Loma finds herself in a psychedelic territory battle with a particularly evil human girl. 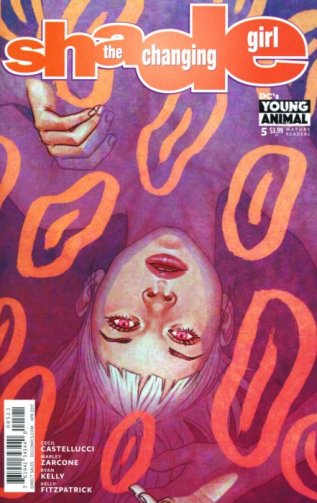 Shade the Changing Girl, much like the other Young Animal titles, finds its roots in an older DC story (side note: Shade the Changing Man was also a fantastic title, and definitely worth the read). Writer Cecil Castellucci has given the lore of Shade, and his mysterious madness vest, a new lease on life by letting a completely new character explore his power in the modern era. Castellucci’s Shade has the amazing effect of feeling alien and warming up to the reader as the characters warm up to Loma. Shade the Changing Girl also gives comic readers a chance to experience a relatable type of evil. Instead of fighting alien overlords, mystic entities, and super monsters, the main villain of the Earth Girl Made Easy arc is an ordinary Earth girl- Megan Boyer. Watching a character that could easily exist in the world we know terrorize everyone around her adds a layer of genuine fear that other comics are somewhat incapable of reaching.

I am passionately in love with the artwork of Shade the Changing Girl. It’s bizarre, trippy, poetic, and in a lot of ways, alien. You know a comic is well produced when the tone of the story and the direction of the artwork go hand in hand; artist Marley Zarcone went above and beyond to make the artwork and story flow effortlessly through one another. The art style also seems to draw a lot of inspiration from past Shade titles, which only makes the Madness Vest and its unstoppable power feel more alive. 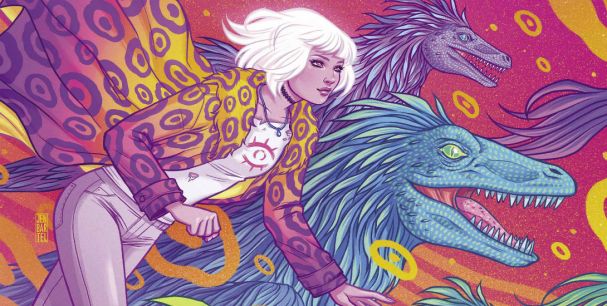 Shade the Changing Girl is a page-turner. I found myself fully invested by the conclusion of the first issue. The only real hiccup might actually be intentional. At the start of the story it is a little difficult to gain footing. The artwork is so colorful, and words swirl around the page. It takes a second read to really grasp what’s happening. However, as readers work to grasp the story, Loma is also trying to figure out where she is and what is going on. As the books go on readers begin to feel more and more adjusted to the style and circumstances- just like the characters. I’m willing to believe this development was intentional, and thus completely brilliant. 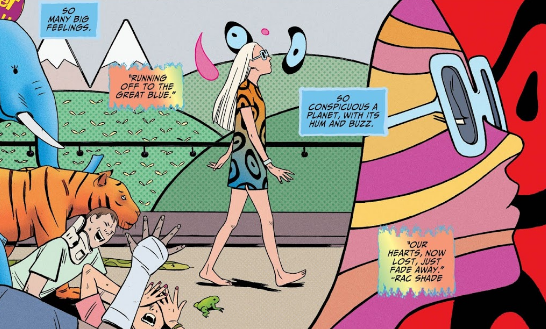 For new or old comic fans, Shade the Changing Girl is a literary treat, and definitely worth checking out. If you’re already a fan of the Young Animal run, I would also recommend looking into Shade the Changing Man: American Scream. It’s all the fun of Shade, but with a darker and more political tone. Either way, check out Shade for a fresh new take on the DC universe. 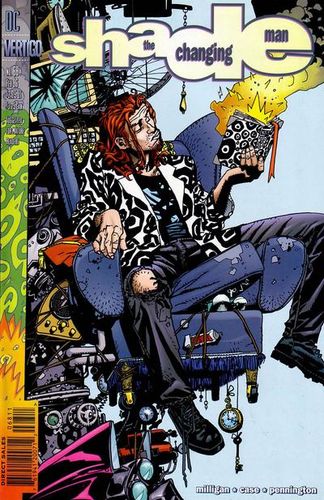