However, there are a number of anime that nailed the dialogue, and in some cases, may have done it better than its original Japanese counterpart.

Before anyone starts rioting, here’s why. Certain concepts like the red string of fate that is a prevalent theme in Your Name, is an idea largely found in Asian cultures (though most notably in Japanese anime). To me, it’s more than the Western idea of soulmates.

That being said, I think the English dubs can bring unique facets to certain anime. It gives certain characters a different kind of life. And with that, let’s kick it off with honorable mentions:

In the days before Funimation was the powerhouse of the dubbing industry, we got Fruits Basket. Many anime fans remember this show either fondly or horribly. The anime doesn’t reflect the various characters’ many facets and the characters are one-dimensional. It wasn’t necessarily the anime’s fault since the manga was still ongoing at the time, and many characters either hadn’t been fleshed out enough or hadn’t been introduced—period.

Considering what the English dubbing team had to work with, they succeeded pretty well in bringing the characters to life.

Laura Bailey was phenomenal as Tohru Honda, managing to capture Tohru’s gentle, upbeat, strong-no-matter-the-odds soul, John Burgmeier as Shigure Sohma who was one of the most appealing characters as the quirky writer with a definite shadowy backstory (and if you’ve read the manga, man is it shadowy), and Jerry Jewell who played Kyo Sohma, the brash yet tender black sheep (or in this case, black cat) of the Sohma family.

Many series with minor characters tend to recycle voice actors (I’m looking at you, Pokémon) or skimp on the role. Fruits Basket, while rife with minor characters, did neither of these. Characters like Uo, Hana, and the Yuki Fanclub were still unique, and their voices weren’t flat or boring.

Could it really be a top dubbed anime list without the anime that started it all for me? From the very first episode, I was sucked in by the unique story, the colors, and the  individuality of the voices. Monica Rial (Kagome) luckily got better with time, but the true MVPs were the other members of the cast.

I don’t give this praise lightly, but I definitively enjoyed Richard Cox as Inuyasha more than Yamaguchi Kappei. Yamaguchi, especially after hearing him voice Usopp from One Piece, grated a bit after a while. Richard Cox’s voice had that gritty tone while still conveying Inuyasha as young and immature but wise through experience. Paul Dobson gave Naraku’s character both a threatening, smug, condescending air.

Photo credit to Legends of the Multi Universe Wikia

Inuyasha is definitely a product of its time in terms of certain characters’ dramatics. With as many villains as Inuyasha had, not all of them can perform as well as Naraku and Kagura. Even so, I can still look back and watch this anime fondly and still be thoroughly entertained.

Funimation strikes again and brings it with the high quality dubs. When it comes to the English and Japanese dub of Code Geass, I’m not sure which I prefer. Code Geass covered some pretty serious material including genocide, drug abuse, terrorism, dictatorship, and didn’t shy away from any of it.

Despite the show using several voice actors I’m personally not a fan of, they played their respective characters well. When I rewatch this series, I mainly do it for its lead characters: Lelouch vi Britannia/Lamperouge) and Suzaku Kururugi.

Johnny Yong Bosch was adequate in his role as Ichigo Kurosaki from Bleach, but this former Power Ranger really brought the thunder with the emotional spectrum he needed to hit while playing Lelouch from the classic muahaha laughter to the “clueless” schoolboy tone. 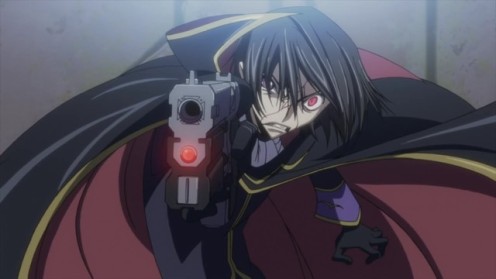 It’s thanks to Yuri Lowenthal’s role as Suzaku Kururugi that I can forgive him for Sasuke Uchiha. Yuri is yet another veteran voice actor who is able to fit and own pretty much any role. Lowenthal perfected Suzaku transformation from golden boy turned knight of the empire turned secret savior of the world and created that beautiful dichotomy against Bosch’s Lelouch.

Let me begin by saying I love the veteran voice actors of Funimation. Many of them are some of my favorites, and their talent is truly something incredible to hear. As much as I love to hear J. Michael Tatum and Greg Ayres do their thing, it was refreshing to hear some new talent.

Princess Jellyfish is one of my favorite dubbed anime, and in my opinion, outranks its Japanese counterpart.

Maxey Whitehead was perfect as Tsukimi Kurahita. After hearing Whitehead as Alphonse Elric in the 2009 adaption of Fullmetal Alchemist Brotherhood, I was surprised to hear her as Tsukimi. I would have never picked her to voice this character, but after episode one, I was sold. Whitehead brings that quality that Tsukimi’s voice needed while managing to perfectly imitate a nerd.

Troy Baker showed off his vocal range considering by convincingly voicing Kuranosuke in both his normal speaking voice and his voice while crossdressing. Something about the Japanese version of Kuranosuke just didn’t hit the right tone for me, and for whatever reason, Baker’s voice was just what I had pictured.

I’m kidding. But seriously, this is so much better than the original Japanese version. Eons better. Go watch it.

In addition to being my absolute favorite anime, bar none, the voice acting for every single character was phenomenal. Many of the original voice actors reprised their roles and brought even more magic than the first time.

I can’t talk about one character without talking about them all, and as much as I’d love to gush about how amazing this cast was, there’s just no time.

I really believe that having a definitive ending to the series was what brought FMAB together more so than FMA. Many of the characters were given even more depth than they already had, and the characters that were not given proper screentime took to the screen in a big way.

Whatever changes to the voice actor roster was definitely made for the better. Alphonse Elric’s change from Aaron Dismuke to Maxey Whitehead was inevitable considering, well, puberty, Scar’s change from Dameon Clarke to J. Michael Tatum allowed Scar to hit new depths of character, and Greed’s change from Chris Patton to Troy Baker brought Greed to life and did his character justice in a way the original anime was not able to. 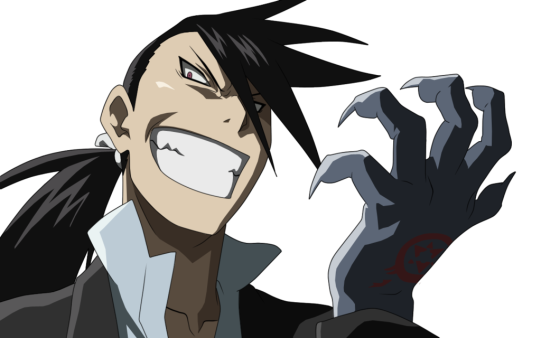 Were I to write a top 5 anime review, there is no doubt Fullmetal Alchemist Brotherhood would be one of the top, if not the top, anime on the list, thanks in part to the incredible voice acting work from its entire cast.