Welcome to Day Two of our 13 Writes of Fright. Join us as we get into the Halloween spirit with our favorite spooky books, movies, and TV shows. Share this series using #13writesoffright!

2007 was one of the best years for Horror during the past decades. But it’s really not that surprising once you remember some of the smash hits that came out 10 years ago; like 28 Weeks Later, Paranormal Activity and Saw IV, all of which are a part of billion-dollar franchises today.

But here are 10 horror movies that came out 10 years ago that you probably forgot about: 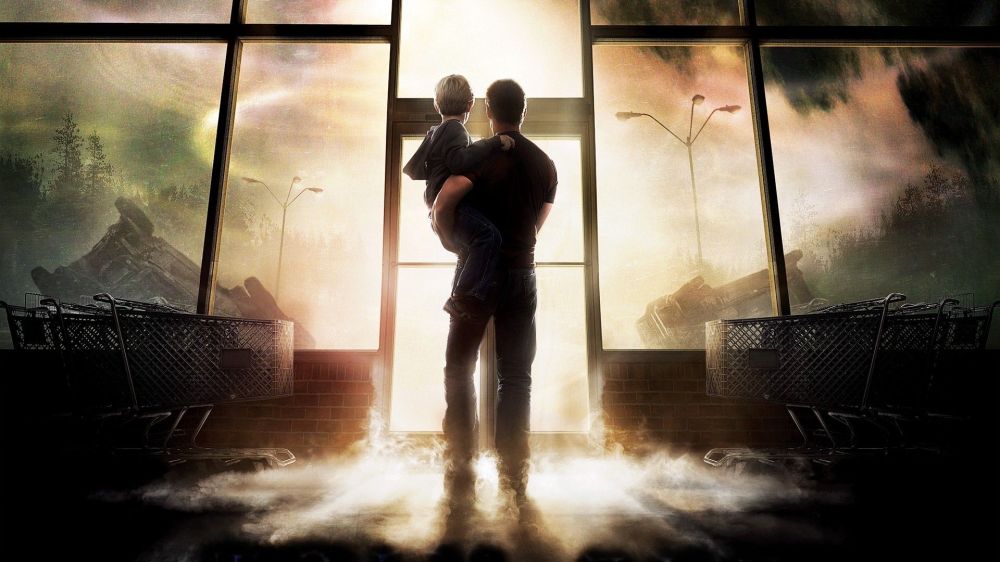 Based Stephen King novel, The Mist takes you to a small town in Maine which suffers a freak thunderstorm that knocks out the power. Residents head to a supermarket to pick up supplies when an unnatural mist descends on the town, bringing with it horrible man-eating monsters.

Even if you read The Mist you’re in for a surprise ending. Director Frank Darabont consulted with Stephen King to make an even darker finale, creating one of the most surprising and psychologically devastating endings that a monster movie has had in a really long time.

Don’t believe me? Watch it yourself. 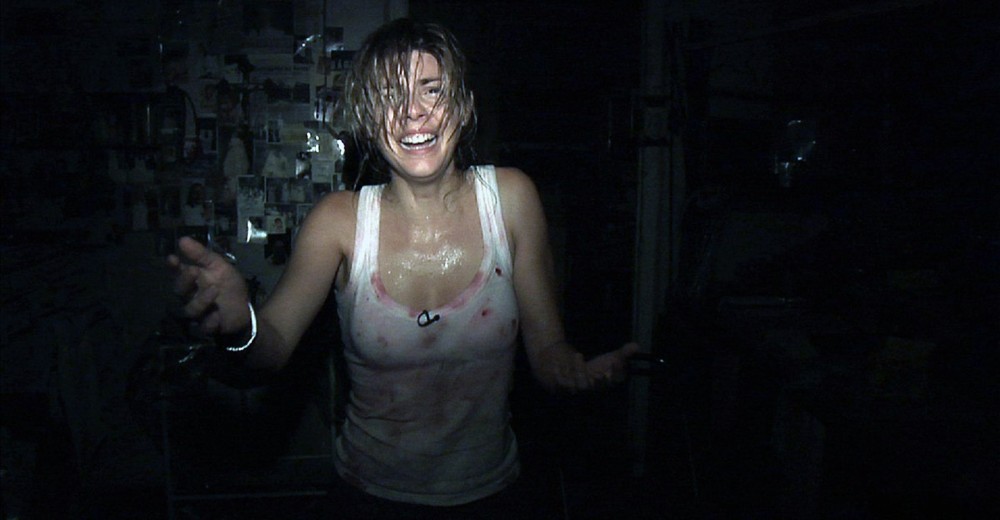 Now I’m not usually one for “lost footage” films, but [REC] blew me away. Based in Barcelona, Spain (yes, the film is in Spanish), this movie follows a TV reporter and her cameraman as they follow a story about emergency workers. The reporter follows some firefighters and police on a call to an apartment building when a quarantine is suddenly put into effect.

A virus quickly infects the residents, turning them aggressive and rabid. The reporter is chased around the apartment building, attempting to uncover the mystery of the infection while trying to stay alive.

[REC] breathed new life into the shaky camera film, not relying on jump scares and off-camera exposition to drive the suspense. Much like Blaire Witch Project did in 1999, [REC] revolutionized the found footage genre for years to come. 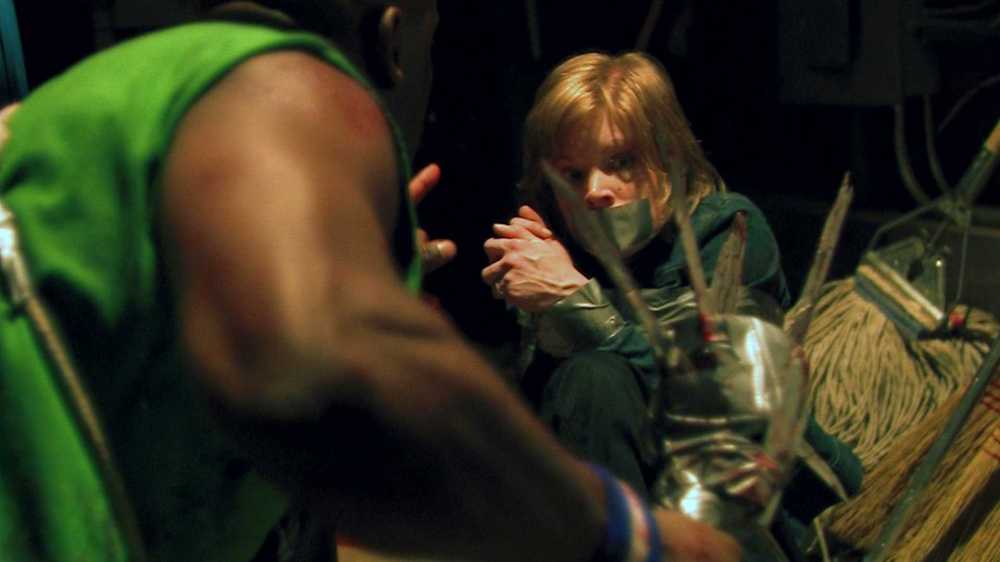 The Signal depicts a world where static interference is broadcasted through TVs, radios, and telephones, amplifying negative emotions and violent behavior. The movie is told in three interconnected parts (“transmissions”) from three different perspectives. Because this film is told in a nonlinear narrative, the story’s ending is ambiguous. Whether the ending is the final reality, or a flashback, is left for the viewer to decide.

The Signal was created by four filmmakers over the course of 8 years. With a budget of $50,000 and 13 days of filming, The Signal was presented at the 2007 Sundance Film Festival.

I love this movie because it has a raw, low budget feel that you can’t get with the million-dollar horror movie blockbusters these days. The overall movie is surreal and continuously unexpected, maintaining its suspense and ferocity throughout its duration.

If you’re scared of clowns, Drive Thru is not the movie for you. This straight-to-DVD film is set in Orange County, California, where a high-school student must save customers from a possessed, serial killing clown who works at a fast-food restaurant.

While the clown is terrifying, Drive Thru does have a few comedic moments, poking fun at the horror movie genre and using new macabre and creative ways to kill off high schoolers. Overall, its a pretty interesting slasher teen film. 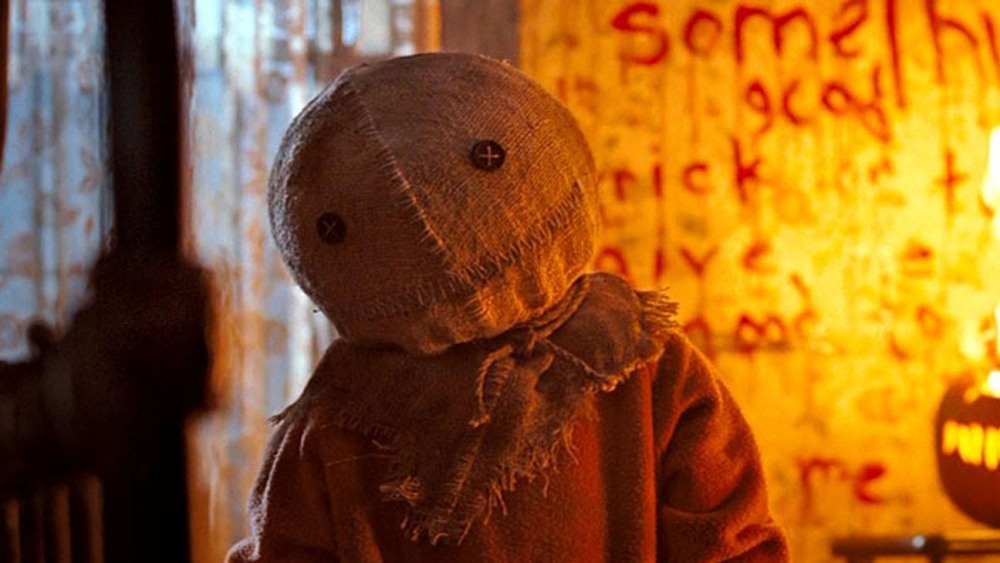 Trick r’ Treat is a scary mix of five Halloween-related stories that all end in death and horror. The common element that brings this anthology together is Sam, the spooky trick-or-treater who wears orange footie-pjs and a burlap sack over his head. Whenever a character — be it a Halloween-hating housewife or pernicious pranksters— breaks a halloween tradition, Sam comes a-knocking.

Overall, Trick r’ Treat is a clever tribute to several Halloween urban legends and monsters, including werewolves, ghosts and goblins. It’s a great film that easily earns its chops with boundless enthusiasm and old fashioned suspense.

The second Spanish film to make it to my list, The Orphanage is a psychological horror that delves into the secrets of an haunted orphanage. With mysterious ghosts, missing children and imaginary friends, this movie makes you question your perception of reality and the ambiguity of death.

Director J. A. Bayona masterfully shot this piece to reflect 1970s Spanish cinema while also playing homage to the great horror films of the decade. His work was well rewarded as the film received critical acclaim and won seven Goya awards (the Spanish version of The Oscars).

With a lack of cheap scares, The Orphanage puts a new spin on a ghost story that avoids falling into a silly formula of mainstream horror movies. The acting is superb and the story is chilling yet emotional. The visuals and audio were out of this world, effortlessly bringing you into the quaint little sea-side town where terror takes place. This movie is worth the watch, even with subtitles.

The film tells the tale of Sweeney Todd, a barber turned serial killer who murders his customers with a straight razor. His accomplice and lover hides the bodies in her meat pies, which she sells out of her shop. Sweeney Todd is all together a strange and bloody story that draws you in from exposition to finale.

If you are a great lover of musicals, I would first listen to the Broadway recording of Sweeney Todd as nothing can compare to real musical theater. That being said, the cinematography of the film makes listening to Johnny Depp and Helena Bonham Carter try to sing totally worth it.

This documentary-style horror film follows the discovery of 800 videotapes detailing decades worth of murders by a serial killer in Poughkeepsie, New York. Throughout the film investigators watch the gruesome images, looking for clues about the killer and the identity of his victims.

The Poughkeepsie Tapes is told entirely through interviews and “found footage” clips. The tapes are all together disquieting and terrifying, leaving a lot (but not too much) to the imagination.

The Poughkeepsie Tapes is an intense horror film that plays on fears of real life serial killers in both the method of telling the story as a documentary and the terrifying depictions of the murders.

Another foreign film makes it on my list with the new wave of French horror Inside. This home invasion film follows a pregnant, newly windowed women who is tormented in her home by a strange woman who wants to steal her unborn baby (#creepy).

Inside effortlessly combined elements of thriller and slasher films to create an intense battle between a scissor-wielding psychopath and a protective mother.

Home invasion horror movie are always hard to watch because they hit close to home (hehe, get it?). Being attacked and stalked in a place of comfort and safety is always terrifying (re: The Purge), but Inside is able to monopolize on those feelings of unease to make a genuinely scary film.

The Deaths of Ian Stone

A fantastical take on conventional horror movies, The Deaths of Ian Stone tells the tale of an all-American businessman who is continuously murdered by mysterious monsters. Everyday Ian is reincarnated and, unaware of his past lives, is relentlessly pursued by beings known as the Harvesters.

What happens next is a series of terrifying discoveries as Ian begins to remember his past lives. And, as the puzzle pieces finally settle into place, we learn that Ian was once a Harvester but has since rebelled, now destined to die until he returns to his clan.

The Deaths of Ian Stone is a convoluted story filled with reincarnation, time travel (I guess), monsters and mind-control. It wasn’t received very well by critics, but it has a strong cult following. If you like weird horror stories, this is the film for you.