A majority of the sixth episode of The Defenders delves into the character dynamics between three central pairs: Matt and Jessica, Luke and Danny, and Alexandra and Elektra. The time spent on exploring these emerging relationships is intriguing and perfectly balanced with the dramatic moments scattered throughout “Ashes, Ashes”.

After the revelation that “…the Iron Fist is the key to what the hand seeks”, our four heroes need to decide what to do with Danny now that it is evident that he is essential to The Hand’s plan. The team wants to sideline Danny, thinking he will only inadvertently help The Hand by being with the team. But after dedicating his life to being the Iron Fist, Danny refuses to be left behind — “I’m not a key; I’m a weapon”, he tells the team.

MINI RANT: I was very disappointed with the writers for doing this to Danny’s character. After the pointless mess that was Iron Fist, Danny was finally becoming a more responsible, less impulsive hero. For example he has a growing relationship with Luke, even taking his advice about approaching the fight with his privilege and not his mystical fist. He also brings a youthful charisma and confidence to the dower group of cantankerous heroes. But now he is back to being the unreasonable brat that he was in Iron Fist. Now Danny refuses to listen to his teammates because of his pride. In his mind he is the hero, destined to destroy The Hand; he cannot fathom that he is simply a key needed to open lock. It’s sad to to have this character regress so much in just the span of a few minutes. Danny deserves better.

What happens next in an all out brawl between our favorite Defenders. The opening clash between Danny and Matt is fantastic. With a hand-to-hand fight between the two, reminiscent of our favorite Daredevil fight sequences, you can practically taste the tension and fury in the air. And no one is pulling their punches, that’s for sure. At first Luke and Jessica try to separate the two, but everything come to a head when Danny uses the Iron Fist on Luke and we are once again reminded of the power of the Fist as everyone is thrown backwards in a shockwave of energy. While he’s still disoriented, Jessica knocks Danny unconscious. The remaining Defenders tie Danny to a chair and leave Luke and Stick to watch over him while he recharges his chi. 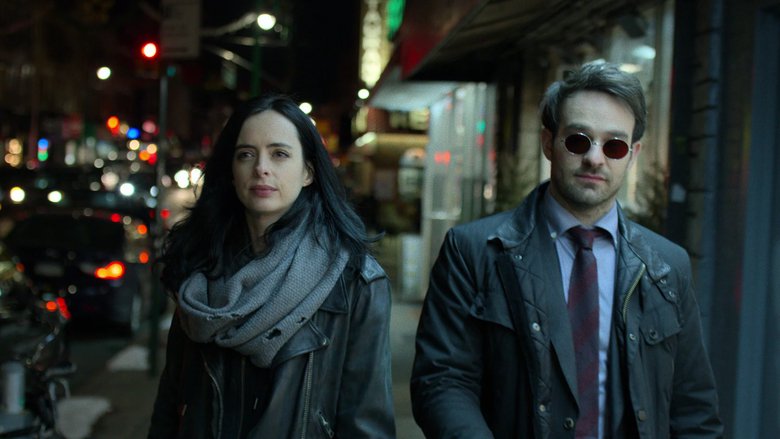 Meanwhile, Matt and Jessica split away from the group to find out more about Midland Circle and The Hand’s plan for the Iron Fist. Despite their scenes being used to drive forward the plot, Matt and Jess share a certain chemistry when they play off each other to find clues in the dead architect’s family home. They find the structural plans to Midland Circle is the architect’s piano when Matt plays it for the daughter. (I don’t know if anyone else caught it, but Matt plays the Daredevil theme.) Since the scene is cute, I won’t mention the fact that it is a obvious deus ex machina in the episode. (Ha ha, whoops, just did.) With Danny forcibly immobile, he and Luke have a nice heart to heart. After talking about perspectives in viewing the world (not only in the mystic sense but also in a deeper sense of environment and race), Luke joking asked Danny to tell him how he “punched a dragon” to get his “magic hand”. Danny takes his request seriously and it is evident he still has trouble picking up on social cues and sarcasm. The two continue to share barbs at the other’s expense; it’s a humorous and self-aware exchange despite the circumstances. 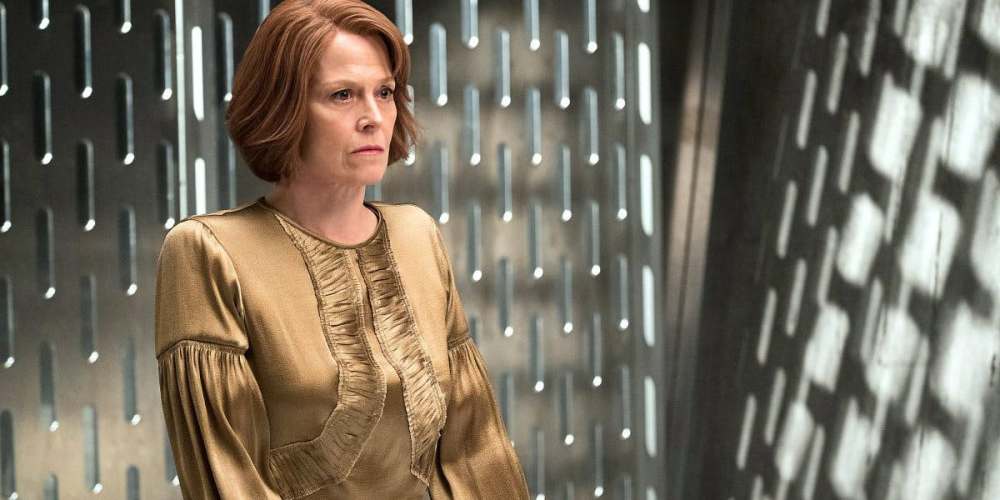 Meanwhile, the remaining Five Fingers of The Hand grow further apart now that Sowande is dead. Murakami wants Madame Gao and Bakuto to believe that Alexandra will lead them to destruction. In an attempt to discover the truth, Madame Gao approaches Alexandra with an olive branch, claiming that the others will follow Alexandra’s plan as long as they capture the Iron Fist without the aid of the Black Sky — they all doubt the “hollowness” of the Black Sky, fearful that her connection to the Devil of Hell’s Kitchen is a weakness they cannot afford. Alexandra refutes her claims and refuses to give up her power or the Black Sky. When Madame Gao leaves we see her tell Murakami, “You were right”.

Although it meanders a bit in the middle, the episode finishes strongly with Stick attempting to take matters into his own hands. He drugs Luke and tries to kill Danny. Luckily for us, Elektra shows up to stop him. Matt and Jessica rush in to find that Stick about to be executed and the others unconscious. There is a short fight but quickly Elektra gets the upper hand, killing Stick, beating the Defenders, and kidnapping Danny.

With just under nine minutes left of the episode we can’t possibly think there will be more. But boy are we wrong. Elektra returns triumphantly with Danny to midland Circle in the middle of a, not so subtle, assassination attempt against Alexandra. Now with Iron Fist in her grasp, Alexandra reasserts her authority over The Hand.

Alexandra gloats over Danny, saying, “the thing about war is… it only works if both sides believe they’re the good guys. You fight to defeat us. We fight to get back what was once ours.” She of course is referring to their desire to return home to K’un-Lun. After once again failing to get Danny on her side, The Hand takes him away to serve their purposes in the hole under Midland Circle.

Alexandra orders Black Sky to kill the remaining Defenders, including Daredevil — “who ever he is”. Flustered and smug, Alexandra proceeds to give an ‘I-am-evil’ speech to the others in an attempt to re-establish her dominance. But in the very last minute of the episode, Elektra returns to literally stab her in the back, while saying coldly, “His name is Matthew”. It seems that although Alexandra knows how to handle Black Sky, she didn’t anticipate Elektra.

While a truly terrifying twist, Alexandra death was not totally unexpected. In true Marvel fashion, the writers killed off a major character in the third act. This happens in The Avengers (Coulson), Daredevil (Wesley), Luke Cage (Cotton Mouth), Jessica Jones (Wendy ), and Iron Fist (Harold Meachum)… I could go on, trust me. Though a few of these characters do not stay dead, we know Alexandra will be be resurrected due to a lack of substance and Elektra cutting off her head.

Even with its ups and downs, and character reversals, this episode was quite enjoyable. I can’t wait to see what happens next, especially with Danny captured and Elektra as the new self-proclaimed leader of The Hand.