As a devoted Marvel fan, I have been waiting for the latest MCU release — The Defenders. With all the hype, Netflix surely hopes this series will rival The Avengers. It’s a daunting task for sure, especially with expectations so high.

In the first episode of the series we are reintroduced to Matt Murdock, Luke Cage, Jessica Jones, and Danny Rand. Matt has retired the Daredevil mantle; Luke is out of jail thanks good behavior and Foggy; Jessica takes a case to find a missing husband; and Danny is traveling the world trying to take down The Hand’s soldiers.

The first episode is mostly exposition — bringing viewers back into the universe and showcasing multiple secondary characters that will play their parts throughout the series. In addition to night nurse Claire, The Defenders brings back Foggy, Karen, Stick, Elektra, Malcolm, Trish, Misty, Hogarth, Colleen, and a few others. This exhibits that the writers are really going beyond just the big names and really blending all the shows into a seamless amalgamation that The Avengers never managed to do, even with the plethora of movie characters at their disposal.

The main villain is also revealed. It was common knowledge that Sigourney Weaver was going to play the main villain for The Defenders, but Netflix was very tight lipped about her role and the level of her involvement with The Hand. Weaver’s character, Alexandra, is chilling, composed and calculated. 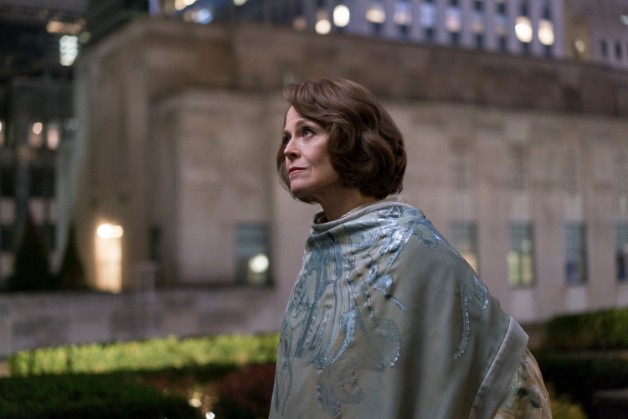 We meet her in a hospital, where she is told that all her major organs are failing and she has only weeks or months to live. But what of The Hand? Can’t they keep people alive forever? Well, it’s hinted that Alexandra is older than she portrays, possibly even older than Madame Gao.

Speaking of Madame Gao, if you thought she was the leader of The Hand, you were wrong. She’s Alexandra’s underling, answering directly to her. How much power Alexandra has over her and the other leaders of The Hand has yet to be revealed.

With more exposition in-between the informational bits, the episode ends with an earthquake that shakes the whole island of Manhattan. We can only hope that this apparent earthquake is what finally brings The Defenders together in the next episode.

As all the individual series before it, The Defenders strongly emphasizes different cinematographic styles and color palettes for each character. While mostly subtle, it greatly conveys themes for the show.

When Matt is alone in the camera shot he is often not centered, alluding to Matt’s blindness where he cannot fixate on individual objects but rather their general direction. However, when Matt displays thoughts of his alter-ego, Daredevil, the camera shifts focus back to Matt at the center, often displayed in shadow and red lighting. And, while the change in lighting is not exactly subtle, it aurally displays the mood for any viewer.

The cinematography changes for each Defender. The camera usually tails behind Jessica, focusing on her back and body language — two things that greatly define her character. She never relies on others to watch her back, both due to her past and paranoia. She is also particularly adept at reading body language and knowing exactly which button to press to get the reaction or confession she wants. In transition scenes, Jessica is often seen through reflective surfaces and windows. The camera is stalking her, highlighting the secretive nature of Jessica’s job and past.

Unsurprisingly, Luke’s shoulders and arms are often the chosen focus for the camera. His ever-present strength and large frame makes Luke a truly terrifying threat to numerous people. However, despite this, he is constantly trying to bury his frame in hoodies and other non-revealing clothing. This implies that Luke does not like to rely on his evident strength but rather the strength of his convictions and the calmness of his voice to get himself and others out of rough spots. Out of all the characters Luke’s cinematography is the most deceptive to his true nature. 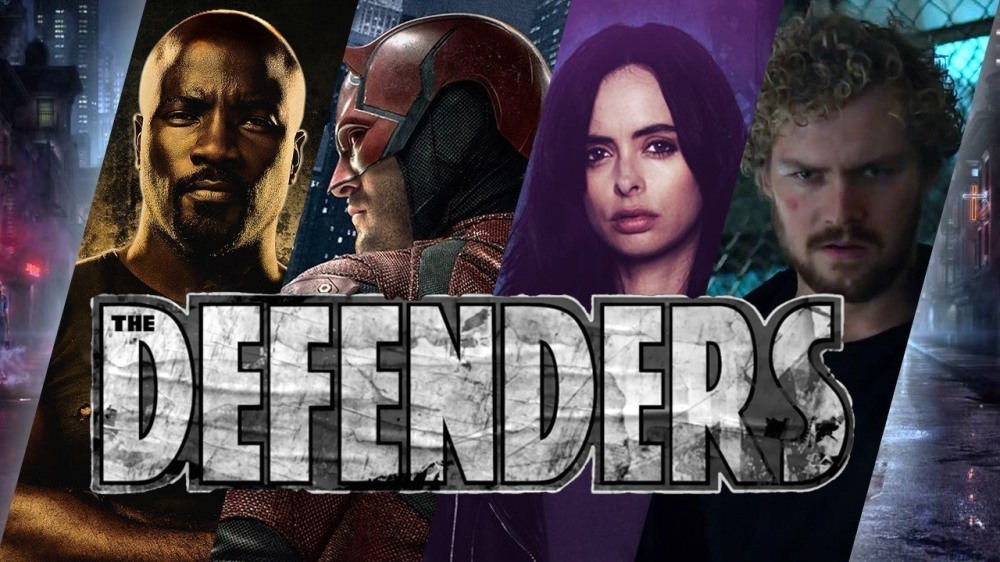 The camera always focuses on Danny’s hair and face. While Danny’s fist is his strength, the real power is in his public image and money as the majority owner of Rand Industries. This evident in the use of thematic lighting to form a halo around his locks, giving allusions to his self-sacrificial tendencies and spiritual destiny as the Iron Fist.

Alexandra is always depicted in public settings or in the open in places, like Central Park and a rooftop garden. She never hides. Alexandra is elegantly garbed in white and gold and pearls. However, the white never gives the audience the impression she is pure or virtuous, in fact it acts more as a color-inverted image. The all-white ensemble evokes sensations of emotional coldness and death. This is powerful choice given the variety of costumes Alexandra could have been given to wear.

Another interesting note is the transition sequences between each character’s storyline. Each shot has darkened edges, giving you the feeling you are a fly on the wall or peaking through a door’s peephole. Every scene you see shows types of transportation — subways, cars, busy streets, pedestrians… always moving forward.

Overall, the exposition plot and cinematography in just the first episode gives me high the expectations for the series. It feels like the show is gearing up to be less like a battle for the universe and more like a street fight. I’m excited to see what The Defender’s will do next.