Voltron Legendary Defender season 2 left the Voltron Paladins with no Black Paladin, the Galra with no emperor, and the universe with no Voltron.

The freshly released season 3 answered many of the questions fans had about the Voltron universe–Shiro’s fate, the relationships the original Paladins had with one another, Prince Lotor’s credibility as a threatening villain, and many more.

Perhaps it was the introduction of so many new characters, and it was certainly the length of season 3, but the fragmented nature of this latest season seemed to create more questions than it answered.

Season 3 has put a much darker spin on quintessence–what fans previously believed to be a pure source of limitless energy. King Alfor stated in episode 7, “It’s madness. This prolonged exposure to quintessence has poisoned your minds.” If this is the case, will the same fate befall the lions and the Paladins who pilot them?

It seems that #saveshiro2k17 is not happening in this season either. Minutes after it was revealed Shiro has on a Galra ship, seemingly undergoing experimentation, he was already getting his butt kicked.

In addition to that, something is very wrong with Shiro. Rather than acting as the kind and strong leader he had been before, the first time we get a glimpse of Shiro post-rescue is in his room. All the lights are turned off, and he appears to be only comfortable interacting with Keith.

Combine that with a seemingly innocent comment Shiro made when he finally joined the Paladins on the bridge.

“Just trying to get rid of this weird headache,” my butt. I see you, Netflix, and I’m not buying it.

Whomever was experimenting on Shiro while he was back in Galra hands will use Shiro against the Paladins in some way, shape, or form come season 4. This latest stint on the Galra’s operating table has clearly shaken Shiro. Whatever was done to him may very well be the thing that breaks him. 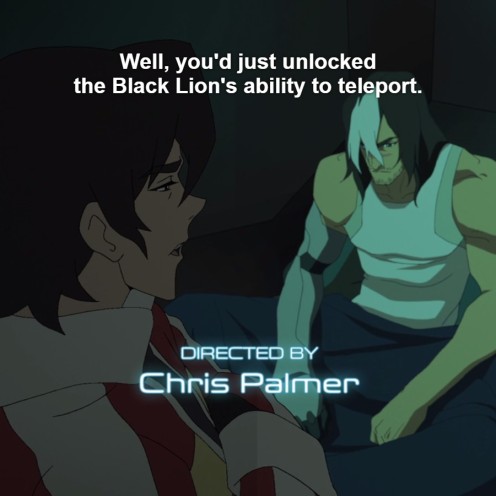 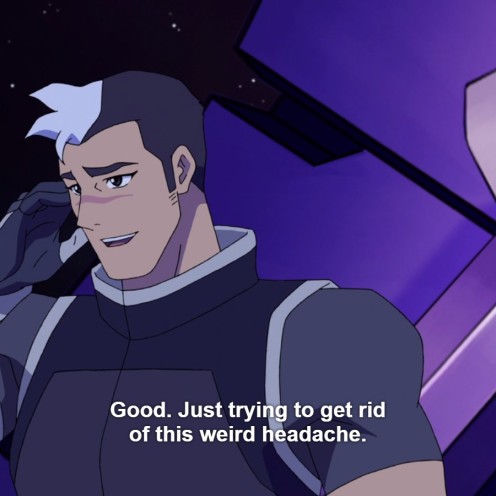 What struck me the most about Lotor was how he was such a polar opposite from Zarkon as he knew the Galran emperor in seasons 1 and 2. Lotor is cool, calm, and calculating. Zarkon’s motives for wanting quintessence were revealed in episode 7; however, it was not specified whether Lotor is aware of this apparent immortality quintessence allows or if he even wants immortality.

Lotor is also even more cut-throat than Zarkon. In the gladiator arena, he makes a show of inspiring his audience and claiming to wish to “allow those worthy to rise and join our ranks… while those who continue to stand against us will be crushed,” and extending a hand to his defeated ex-enemy.

Seconds later, he banishes this same Galra soldier to an outpost and even attacks (possibly killing) this general at the outpost in order to recover a cargo ship. It appears as though, in Lotor’s mind, “those who continue to stand against us” include his fellow Galra.

When it comes to questions fans will still have, we won’t wait long.

With the new set of Voltron Paladins functioning as a shaky team, Lotor’s ambitions dubious, and Zarkon awake once more, the fate of the universe still remains unclear.

For a look at my wishes, thoughts, and theories of Voltron season 3, check out my post here.