It’s easy to start a show on Netflix and finish it quickly, if you’re dedicated. However, I’ve found there are several TV shows on the streaming site that leave much to be desired. I have found a few shining gems in the collection Netflix offers. I’ve watched each of these show in its entirety. So, for the summer I’ve created a list of shows on Netflix that are worth your while. They may not be popular, but they are certainly entertaining.

Netflix’s original series Sense8 premiered just two years ago, and it’s been a sensation. Hah, get it? Sense8 is a senseation. In all seriousness, the show is a mix of Heroes, Orphan Black, and millennial anxiety. I mean that in the best possible way, and there isn’t another way to describe it. Sense8 follows eight people around the world who are suddenly mentally connected to one another. The reason I say Sense8 is built on millennial anxiety is because a big bad organization hunts our eight heroes, who just want to live and love. Sense8 is diverse, and rich in culture, featuring previously unknown actors, and even areas of the world you may know little about. Overall, Sense8 is worth your time because it’s about human connection and what the world would be like if we could read the mind of someone halfway around the world. Also, it’s very funny.

Unfortunately, I’m writing this upon discovering that Netflix has cancelled The Get Down. What a crime against television! If you’ve enjoyed Empire or even any musical movie or show, you will fall in love with The Get Down. It’s a romance about two teenagers, Books and Mylene, and their friends growing up in the Bronx. But it’s also a story of transition, showing us the chaos in the music industry as disco left the scene and hip-hop took over. The Get Down is charming, compelling, and just a good time. Even if you know nothing about disco or hip-hop, this show educates you and helps you love it no matter your taste in music. Even though Neflix has dropped the show, check it out and rage with me about its untimely end.

Trust me, get through the long series premiere and you will love this adaptation of Anne of Green Gables. I never read the books, so I was amazed at the type content in this show about a poor orphan girl. After researching the books, I discovered that Netflix took some liberties with the material. I really liked the parts they changed. Anne is a complicated girl, and while the show remains at PG-13 it shows the trauma she has experienced, and how the new people in her life help her through it. If you’re a fan of historical dramas this one set in Canada is right up your alley. Also, Anne is such a fantastic underdog. This story is so touching, and you can watch it quickly while doing otherwise boring work. 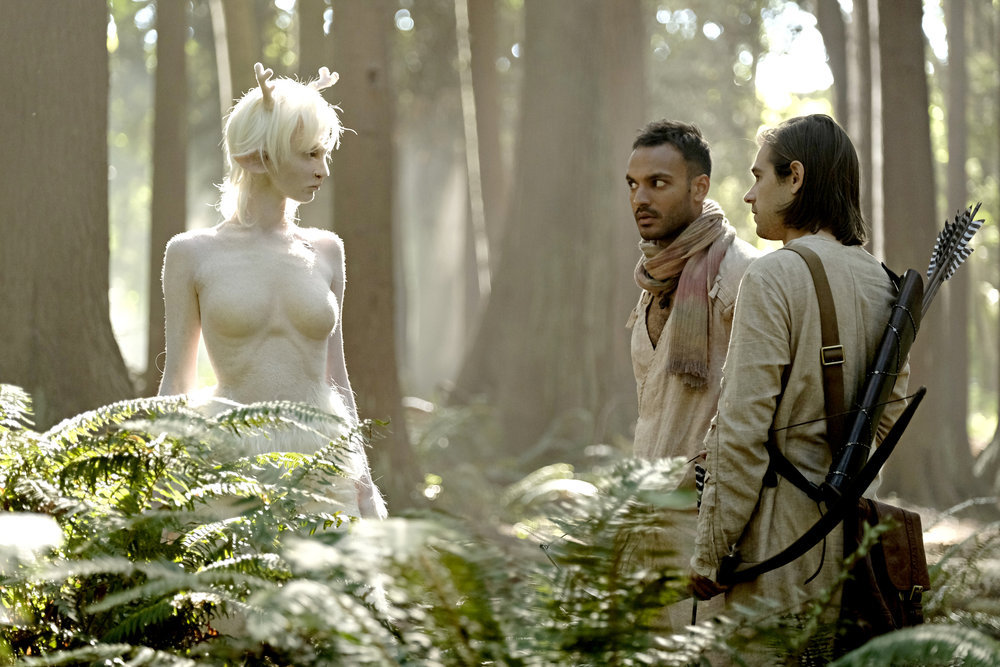 The Magicians may be my favorite new show. It just completed its second season, and I binged the first season like it was nothing. I have spoken to several people who have read the books and seen the show and they have unanimously decided that the show is infinitely better. I know there are legions of people who believe in reading the books first, but if the show is amazing and the books are just okay? Watch the show! The Magicians is another ensemble cast, but each member is featured wonderfully. This series combines Harry Potter and The Chronicles of Narnia, and yet again, millennial angst. A fantastic combination, trust me. Better yet, the show is hilariously self-aware. The Magicians is funny, heartbreaking, and thrilling all at once. Go ahead, binge a little of it, or all of it.

An oldie, but a goodie. I admired the show from afar up until this year. Aaron Sorkin is famous for his fast-paced dialogue and complex lead characters. You may already know all of this because you’ve seen The West Wing as it aired, or you’ve re-watched it before. Not only is The West Wing a great long-term binge, it’s extremely enlightening to the political climate today. While television is never a good way to gain a complete education on a topic, it can at least stir up some real interest. For me, The West Wing brought up a lot of questions I had about politics, and it forced me to research them myself. Good television is engaging while you watch it and in the hours after you watch it, too. Also, I have never been so attached to characters who have been off the air for at least eleven years. The West Wing is stimulating and worth the investment.

So, there you have it! I hope you’ve discovered at least one show you can watch over the summer. Happy binge watching!